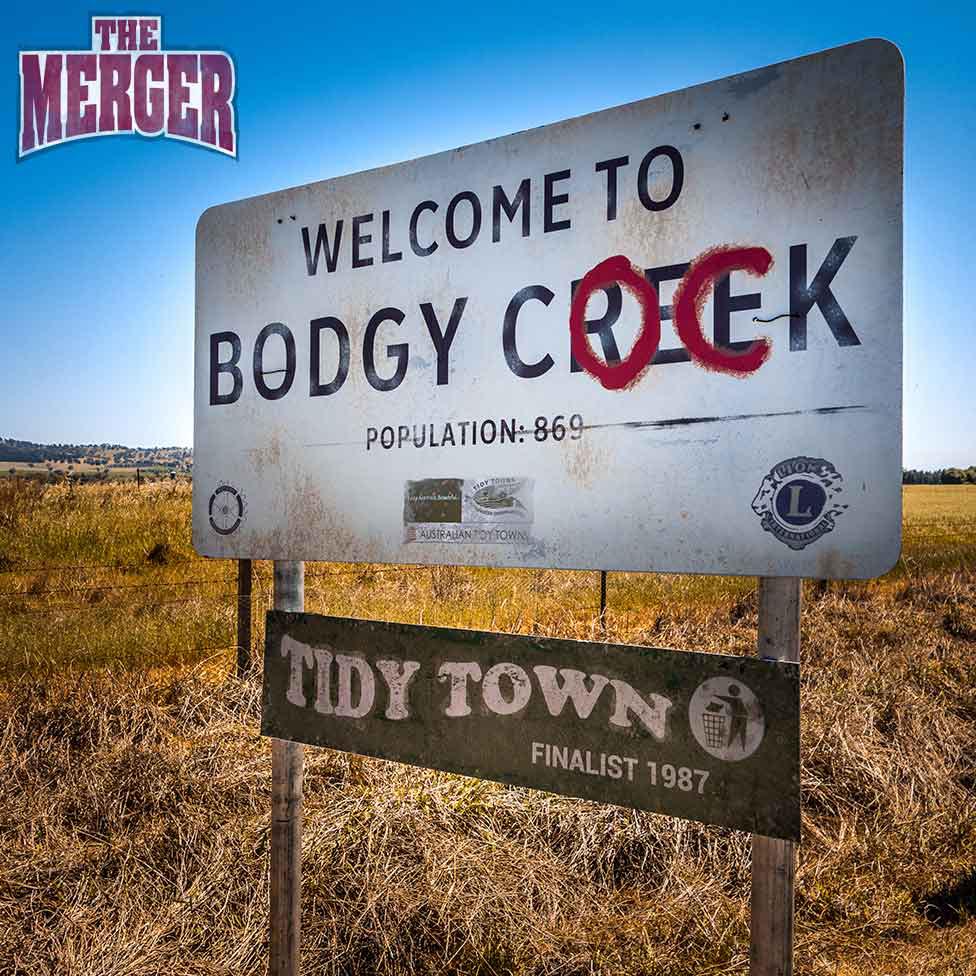 The township of Bodgy Creek has seen better days: the population is dwindling, jobs are scarce & the litter has built up around the fading Tidy Town sign. The next victim of the town’s decline is the cash strapped Aussie Rules footy club.

Barely able to field a team, the club is reeling from news that their clubrooms have been condemned due to asbestos contamination. A left field solution to their woes comes in the form of former football star Troy Carrington [Damian Callinan] Having fallen out with the community over leading protests that led to the closure of the local timber mill, Troy is living a hermit-like existence on the town’s fringe. However, he is coaxed into coaching after striking up an unlikely friendship with young Neil [Rafferty Grierson] who is struggling with the recent loss of his father. Teaming up with Neil’s mum Angie [Kate Mulvany], who is running a nearby refugee support centre, they conspire to recruit the new arrivals to save the team. However, the plan is not well received by Neil’s Grandad & Club President Bull Barlow [John Howard], who leads a concerted protest to undermine the refugee’s settlement.

For all Troy’s good intentions, his initial efforts to turn this rabble into a team seem to be faltering. Aside from the brilliant Sayyid, [Fayssal Bazzi] the team are going backwards & some of the community resent the newcomers. Slowly, the team begins to gel & the refugees assimilate. Bull, having formed a friendship with his new neighbour Sayyid through shared grief, jumps on board the bandwagon as the Roosters head towards the finals. However, on the eve of the most unlikely of Grand Final appearances, a tragedy befalls Sayyid, dashing dreams of a full family reunion. As the team and community mourn with him, it’s clear that whatever the result of the Grand Final, ‘The Merger’ has already worked.